The Emerging Critical Backlash Against Philanthropists · The Unfunded List

The Emerging Critical Backlash Against Philanthropists 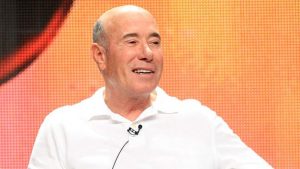 Gawker media – a publication known for habitually stepping over the line in its vitriol toward public figures – has been waging war on wealthy philanthropists over the past few months. First, they declared David Geffen “America’s Worst Philanthropist” in reaction to his donation of $100 million to UCLA to create a private school for the children of faculty and staff; this coming right after his $100 million donation to the Lincoln Center for the purpose of putting his name on the concert hall.

More recently, Gawker slammed Mark Zuckerberg for pledging to donate 99 percent of his Facebook shares (about $45 billion) over time to the Chan Zuckerberg organization – owned by Zuckerberg himself – due to the organization’s vague mission of “advancing human potential and promoting equality.”

Do these articles represent typical Gawker obnoxiousness, or do they expose some uncomfortable truths about philanthropic waste?

An examination of the landscape reveals that Gawker is not alone: more and more criticism appears to be surfacing about how the 1 percent utilizes charitable giving, whether it’s public backlash against a large donation to Harvard  or sarcastic tweets originating from Richard Nixon Twitter Parody accounts. What – ultimately – does this growing backlash indicate for large foundations and wealthy donors?

It means that more transparency will be needed regarding what is funded and why – obviously – but it also shows a need for foundations and philanthropists to be more proactive and fluent in how they engage with new media. Simply issuing a press release and linking to it on social media is no longer good enough. People are asking more questions about what exactly your funding choices seek to address, and traditional aloofness will only make you a target.

Fortunately, many large foundations are already in the process of shifting priorities toward funding projects that directly affect social change. Given the level of criticism being lobbed at wealthy individuals, it’s safe to assume that they won’t be far behind in changing as well.