Philanthropy History in America with Professor Moss · The Unfunded List 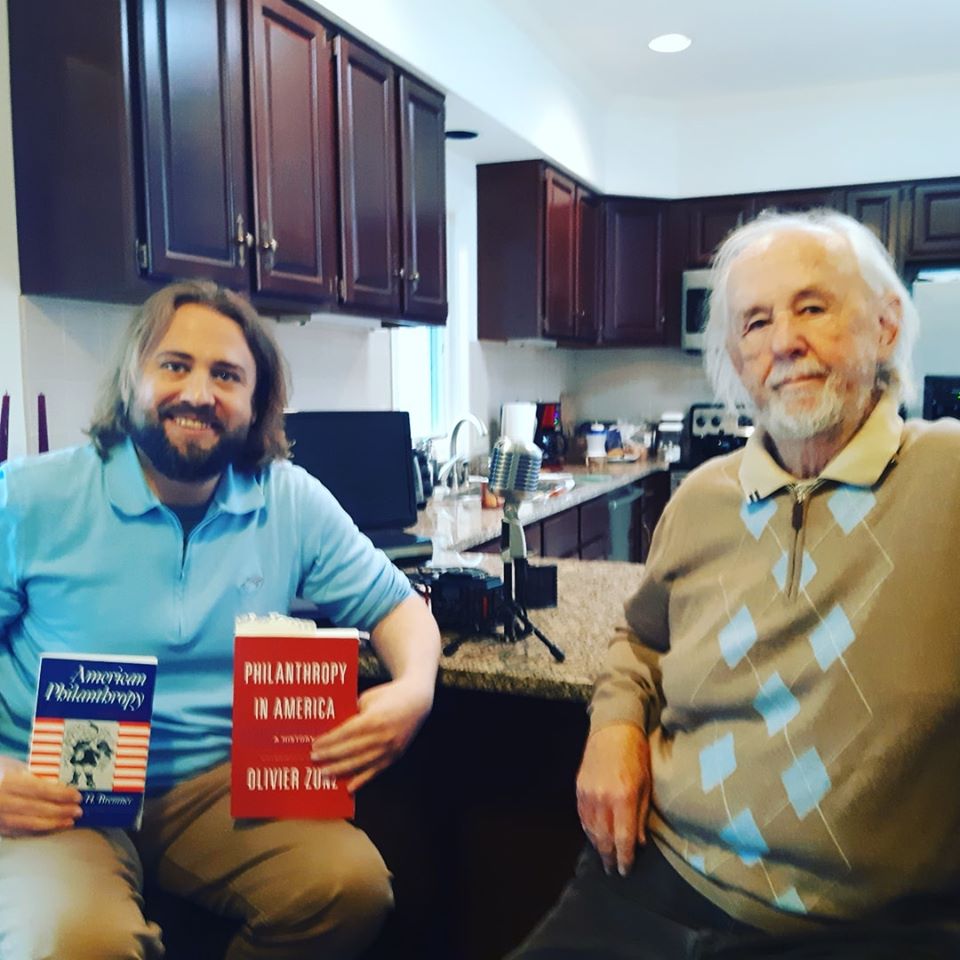 Dave shows off some books gave him during the interview.

Richard Moss (aka Pete Moss), was the John and Cornelia Gibson Professor of History at Colby College, where he taught U.S. History and American Studies for close to three decades. A cultural historian, he is the author of two biographies of the post revolutionary figures Noah Webster and Jedidiah Morse. Later in his career, he became interested in the history of sport and leisure and authored two books on golf and country clubs. He also wrote Eden in the Pines, a history of Pinehurst, North Carolina, his current home. He earned his doctorate at Michigan State University in 1974. At Colby, his courses on American culture — particularly in the late 19th century — dealt substantially with philanthropy as an important aspect of American life.

The full album was an hour long convo start to finish. Tracks in order and are labeled by topic. Enjoy.

BONUS TRACK: Professor Moss gave the keynote lecture on philanthropy history at Unfunded University in 2019. It is referenced during this interview and so we’ve included the full 40 minute lecture.

Search Keywords or Go Back