Partnerships between Governments and Non-Governmental Organizations have tremendous potential for impact and change. As the Biden-Harris White House prepares, the transition team has begun floating picks to lead agencies and we can look at the members of the various agency review teams and see representatives from this country’s largest nonprofits and philanthropies. There are representatives from organizations founded by some of America’s wealthiest citizens such as Pew Charitable Trusts, Bloomberg Philanthropies, the Chan-Zuckerberg Initiative, Arnold Ventures, and the Gates Foundation. There are also talented and senior members from large and well-known nonprofits such as the American Civil Liberties Union, the Environmental Defense Fund, and the National Audubon Society. A recent article in the Chronicle of Philanthropy highlights the role of nonprofits in the transition.

For my entire career I have worked at smaller nonprofits and on numerous occasions we were able to have outsized impact by leveraging public partnerships with elected officials and their offices. During the Obama-Biden years, I was Director of Partnerships for PVBLIC Foundation and we partnered with the White House on multiple initiatives. Including me, PVBLIC had a full time staff of just two people (hi Rachel!), but we were essential in the creation of the “It’s On Us” campaign to prevent rape and sexual assault on campuses.

Prior to PVBLIC, I worked at Atlas Corps where our team of 11 people leveraged a partnership with the US State Department to support international NGO Fellows. Early in my career, I was one of two staff at the National Youth Rights Association and we worked with Texas State Representative Alma Allen to pass a bill limiting the practice of corporal punishment in public schools. The largest organization that I have worked at is The Seed Foundation, which had nearly 20 staff members at the time. SEED collaborated with numerous government officials, including Maryland Governor Martin O’Malley, to build The SEED School of Maryland, the state’s first tuition-free public boarding school. In each of these cases, our small size and ability to act nimbly were crucial to our success in building lasting change: “It’s On Us” has been to over 1,000 campuses, Atlas Corps has placed hundreds of fellows from dozens of countries, Texas is now paddling far fewer students, and graduates from the SEED School are now attending Princeton, Brown, and other prestigious colleges and universities.

Today I am the founder of the Unfunded List, where we review proposals written by nonprofits of all sizes, working on all issues, from all over the world. In nearly every case, these organizations could potentially increase their impact by partnering with Governments. Likewise, Governments could better serve their citizens and reach their goals by enacting powerful partnerships with cause-based organizations. But by their nature, these organizations are often under networked and under resourced and would not be able, on their own, to approach the White House about partnership. It is Unfunded List’s position that the incoming White House should make an effort to work with small nonprofits who may not be able to network their way into the West Wing.

America is blessed to have many great nonprofit organizations. As a career nonprofit professional, I am excited about a White House that will spend more time working with our sector rather than defrauding it. I do have great respect for the organizations represented on the agency review teams, but I will stay true to my organization’s mission of providing helpful and candid advice and say that I would like to see more smaller, newer nonprofits represented in the discussion. There is still time to add voices to the discussions and the Unfunded List is here to help if called upon.

The nonprofits we recognize most readily were founded long ago and tend to be large. The majority of grants and funding goes to these legacy organizations. Their boards of directors are replete with well-connected folks who can easily access the White House. But in recent years, we have seen new approaches to solving old problems and we need to see a shift in funding to newer efforts. Conservation has become sustainability; we are no longer just saving the spotted owl, we are trying to build sustainable systems and a circular/regenerative economy. Civil rights has become racial justice and dismantling white supremacy. What once were soup kitchens now provide job training and housing support. Giving Back has become systemic change.

I believe that the Biden-Harris White House will be a great partner to the nonprofit sector and that together we will do great things and help a great many people to live healthier, wealthier lives free of injustice. And I believe small nonprofits will be crucial to that effort

You don’t have to be MIT to Co-Review with us. 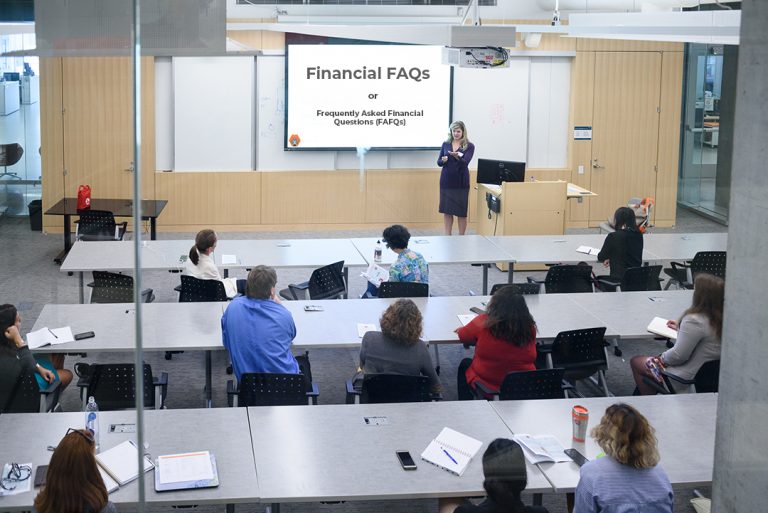 Almost all nonprofits have financial questions. We have answers to our most frequently asked.