The New York Times’ recent investigation into the Wounded Warrior Project (WWP) has sent rumbles throughout through the philanthropy community. Over the past few years, WWP staff members have treated themselves to nights at five-star hotels, booked first class cross-country flights to attend minor meetings in-person, attended lavish conferences, and spent nearly 40 percent of their donations on overhead; well beyond typical overhead spending for organizations that serve veterans. For a nonprofit that prides itself on helping veterans readjust to society, find work and attend school, this type of spending comes across as excessive and tone-deaf to say the least.

Of course, WPP’s lavish spending is also reflection of the organization’s overwhelming success. They raised $372 million in 2015. They have 22 locations across the country. Aggressive marketing and public relations campaigns have made them a borderline household name; no easy feat for a philanthropic organization. As a result, it’s safe to assume they have the capacity to serve more veterans than any other competing organization.

There’s no easy answer in trying to parse this controversy. First and foremost, Wounded Warrior Project’s ascendancy is the direct result of the failure of the Department of Veterans Affairs to provide adequate support services. Given our government’s engagement in two lengthy wars in the new millennia, one would think that our infrastructure of veteran support would be strong enough that there wouldn’t need to be a massive NGO covering gaps.  Yet the VA has been mired in scandal and corruption in nearly every decade of its 85-year history, and accusations of waste and poor care in the hospital system are a common occurrence.

In fact, the US government’s neglect of its veteran population predates the Department of VA by about 150 years. During the Revolutionary War, for example, Congress promised payments to disabled veterans, but ultimately left the money for the states to distribute. Only a few thousand veterans actually ended up receiving these payments. From the time of muskets and wooden ships to the Veteran’s Bureau scandal under President Harding to Ron Kovics’ march at the 72′ Republican convention to just last year when the Secretary of the VA resigned in disgrace, there’s a lineage of mistreatment that has continued throughout the ages.

This ignoble tradition reflects a greater problem in our culture. We love symbolic displays of gratitude toward veterans; whether it’s “support the troops” ribbons or ostentatious flybys at NFL games. And despite providing very tangible and helpful services to veterans, WWP has embraced the type of excessive branding tactics more befitting of a major sports league than a nonprofit. Combine this aggressive promotion with the lavish spending on overhead, the overly corporate approach to nonprofit management, and a tendency to sue any potential competitor into oblivion, and it sounds like the same old story: veterans and their problems being relegated to the background of their own story.

In the nonprofit world, bigger is not always better, and solving the problem that your organization seeks to address should theoretically either result in a downsizing of the organization, or a broadening/shifting of goals. The story of Invisible Children serves as a cautionary example: the massive scope of their marketing and PR operation created a backlash of critics questioning their understanding of the issues and the level of resources needed to address them, and this backlash caused their funding model to collapse immediately. Faced with the similar backlash, could Wounded Warrior Project scale down their approach to focus solely on helping veterans readjust to society, much like how Invisible Children has adjusted? Given the large ambitions of WWP’s leadership, and the accusations that the organization fires anyone who is not a ‘cultural fit’ (ie holds a dissenting opinion), this prospect seem less likely.

Another overlooked part of this scandal is the lack of due diligence on the part of individual donors. Indeed, it is not a new revelation that WWP spends 40 percent on overhead; this information has ALWAYS been transparently available to potential donors. Nevertheless, many of these donors got caught up in a maelstrom of slick marketing efforts and didn’t do their research on how the organization distributes funding. Given the figures available, it might have been better for donors help an individual veteran in their personal network or support a local organization. Since they continued to support Wounded Warrior Project, however, this news douses cold water on the notion that we are in a “data-driven” era of philanthropy (pun intended, given the similar handwringing over the ALS Ice Bucket Challenge funding distribution).

Despite all of these issues, however, charitable organizations – particularly small-to-mid sized ones – could still learn a few lessons from WWP’s successes. There exists a naivete at many nonprofits about building capacity and sustainability, particularly for organizations with nationwide or international ambitions. Too often we see these organizations use their mission as a crutch; that it is too sacrosanct for marketing and PR, or that talented staff members will tolerate being perpetually underpaid for a good cause.

One of the Unfunded List Evaluators told me a story about a colleague who worked for a mid-sized whole school reform organization. This organization received a multi-million dollar grant from the federal government to scale-up their operation to hundreds of schools across the country. The only caveat was that the organization had to go out and recruit these schools, using the matching government grant funding as a primary enticement. Unfortunately, the organization’s leadership did not invest new resources in marketing or expansion to achieve these goals, thinking that the mission and grants would sell themselves. Two years later, the organization contracted in a massive downsizing due to the inability to draw new schools in.

Examples like these are prevalent in the nonprofit and foundation world: organizations get their big break – whether it’s a major grant or donation – and don’t scale-up their marketing, development, and promotion resources to build sustainable interest and support. In a world where “thinking like a business” is an eye-rolling cliche, this lesson is still important.

Ultimately, there’s a fine line to straddle between promoting oneself enough to build the appropriate capacity to solve the problems set out by your mission, and growing to the point where the mission becomes secondary. Wounded Warrior Project crossed this line, but they have the infrastructure – and track-record – to course-correct and further their goals of veteran support. If they can’t, then we hope that donors begin looking to reputable local organizations, startup organizations or even directly supporting our friends, family and neighbors who have served. It’s the least that we can do for the most vulnerable of our veteran population. 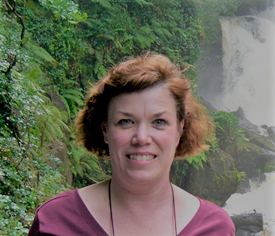