“Thanks so much to the Unfunded List for funneling the WeWork Creator Awards opportunity to us – it’s amazing how fast things have happened from it, and now we’ve got $360k to scale up and develop another fingerprint scanner (for babies!)" – Christine Kim, Simprints 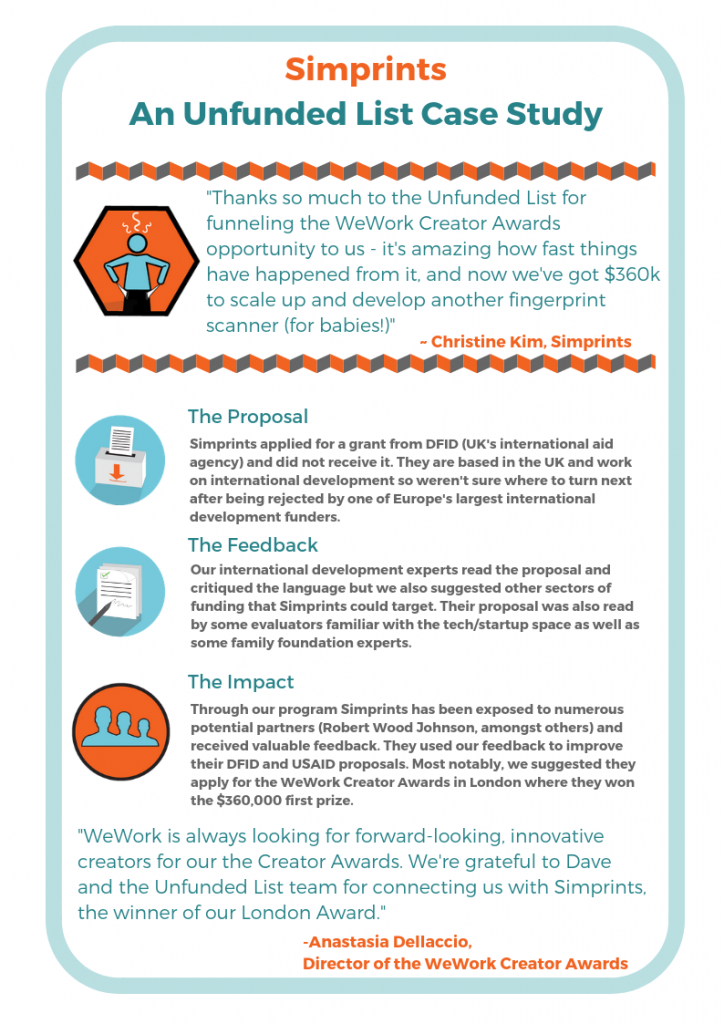 Unfunded List’s international development experts read the proposal and critiqued the language but we also suggested other sectors of funding that Simprints could target. Their proposal was also read by some evaluators familiar with the tech/startup space as well as some family foundation experts.

Through our program Simprints has been exposed to numerous potential partners (Robert Wood Johnson, amongst others) and received valuable feedback. They used our feedback to improve their DFID and USAID proposals. Most notably, we suggested they apply for the WeWork Creator Awards in London where they won the $360,000 first prize!

“WeWork is always looking for forward-looking, innovative creators for our the Creator Awards. We’re grateful to Dave and the Unfunded List team for connecting us with Simprints, the winner of our London Award." -Anastasia Dellaccio, Director of the WeWork Creator Awards

Check out Anastasia Dellaccio on our podcast Open Door Philanthropy!